Medium-Voltage Power Converters and their Applications

This talk has an intensive discussion on the modular multilevel cascade converter (MMCC) family for medium-voltage grid connection and motor drives.

The MMCC family is based on cascade connection of multiple bidirectional-chopper cells or multiple single-phase full-bridge cells. This converter family is classified from circuit configuration as follows; the single-star bridge-cells (SSBC), the single-delta bridge-cells (SDBC), the double-star chopper-cells (DSCC), and the double-star bridge-cells (DSBC). The term MMCC corresponds to a family name in a person while, for example, the term SSBC corresponds to a given name. Therefore, the term “MMCC-SSBC” can identify the circuit configuration without any confusion. Among the four circuit configurations, both SSBC and DSCC are the most practical than the others in terms of cost and performance, although a distinct difference exists in application between the SSBC and the DSCC.

The PWM-based SSBC is applicable to static synchronous compensators (SATCOMs) for positive-sequence reactive-power control while the PWM-based SDBC is applicable to SATCOMs for negative-sequence reactive-power control or voltage-flicker compensation of large-scaled ac arc furnaces. Both systems can be connected to medium-voltage utility and industrial distribution systems. In addition, the PWM-based SSBC is suitable to large-scaled battery energy storage systems. These are expected to play an important role in the so-called “smart grid” that is characterized by massive penetration of wind power and photovoltaic systems in the near future.

The PWM-based DSCC is suitable, not only HVDC and BTB system for transmission systems, but also to medium-voltage motor drives without regenerative braking for fans, blowers and compressors. Experimental results are shown from three different downscaled models for a 10-kVA STATCOM, a 20-kWh battery energy storage system, and a 15-kW motor drive, all of which were designed and constructed in the speaker’s laboratory. 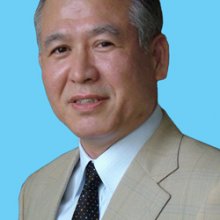 Professor, Electrical and Electronic Engineering, Tokyo Institute of Technology on May 25, 2012 at 2:00 PM in McKimmon Center

His research interests include power conversion systems, motor drives, active and passive EMI filters, high-frequency resonant inverters for induction heating and corona discharge treatment processes, and utility applications of power electronics such
as active filters, self-commutated BTB (back-to-back) systems, and FACTS (flexible ac transmission systems) devices. He has authored and coauthored more than 100 IEEE Transactions papers and two invited papers published in Proceedings of the IEEE in 2001 and 2004. The total citation index for all his papers in Google Scholar is more than 16,000 times. He has made presentations many times as a keynote or invited speaker internationally.

Dr. Akagi served as the President of the IEEE Power Electronics Society for 2007-2008.

ABB and the Electrical and Computer Engineering Department are proud to host the ABB Distinguished Lecture Series in Power Engineering. Each semester, a nationally prominent expert will lecture on a topic related to recent developments in power technology and the smart grid. Distinguished speakers drawn from ABB, academia and the power industry will address the most timely and challenging topics of the power engineering and smart grid industries. Everyone is invited to attend, from undergraduates on up to faculty and friends of the department.