Recent progress towards quantum supremacy provides evidence that quantum computers are more capable of solving certain problems than any classical computer. Companies such as IBM and Google have focused their development efforts on superconducting qubits, whereas academic startups such as IonQ have focused on ion qubits. Superconducting qubits are faster, but ion qubits are more interconnected, needing fewer steps to perform calculations, and this compensates for the slower operation speed. This talk describes methods of organizing quantum computation within a quantum error correcting code, such as a CSS code or stabilizer code.

We will focus on the challenge of implementing a logical non-Clifford gate, such as a T-gate, which is necessary to perform universal quantum computation. The requirement of fault-tolerance motivates the study of codes that allow transversal implementation of such gates. We characterize all stabilizer codes for which transversal T and T -1 gates preserve the code space. In doing so, we make interesting connections to classical coding theory, and draw conclusions about the optimality of the class of CSS codes, constructed more than 20 years ago. 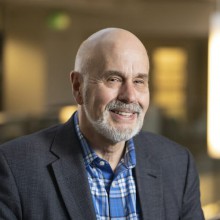 Robert Calderbank directs the Rhodes Information Initiative at Duke University, where he is Professor of Electrical and Computer Engineering. Dr. Calderbank is well known for contributions to voiceband modem technology, to quantum information theory, and for co-invention of space-time codes for wireless communication. His research papers have been cited more than 50,000 times and his inventions are found in billions of consumer devices. Dr. Calderbank was elected to the National Academy of Engineering in 2005 and has received a number of awards, including the 2013 IEEE Hamming Medal for his contributions to information transmission, and the 2015 Claude E. Shannon Award.