Following the observation first noted by Michor and Mumford, that H0 metrics on the space of curves lead to vanishing distances between curves, Yezzi and Mennucci proposed conformal variants of H0 using conformal factors dependent upon the total length of a given curve. The resulting metric was shown to yield non-vanishing distance at least when the conformal factor was greater than or equal to the curve length. The motivation for the conformal structure, was to preserve the directionality of the gradient of any functional defined over the space of curves when compared to its H0 gradient. This desire came in part due to the fact that the H0 metric was the consistent choice of metric in all variational active contour methods proposed since the early 90’s.

Even the well studied geometric heat flow is often referred to as the curve shrinking flow as it arises as the gradient descent of arclength with respect to the H0 metric. Changing strategies, we have decided to consider adapting contour optimization methods to a choice of metric on the space of curves rather than trying to constrain our metric choice in order to conform to previous optimization methods. As such, we reformulate the gradient descent approach used for variational active contours by utilizing gradients with respect to H1 metrics rather than H0 metrics. We refer to this class of active contours as “Sobolev Active Contours” and discuss their strengths when compared to more classical active contours based on the same underlying energy functionals. Not only due Sobolev active contours exhibit more regularity, regardless of the choice of energy to minimize, but they are ideally suited for applications in computer vision such as tracking, where it is common that a contour to be tracked changes primarily by simple translation from frame to frame (a motion which is almost free for many Sobolev metrics). 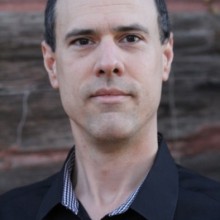 Professor Yezzi was born in Gainsville, Florida and grew up in Minneapolis, Minnesota. He obtained both his Bachelor's degree and his Ph.D. in the Department of Electrical Engineering at the University of Minnesota with minors in mathematics and music.

After completing his Ph.D., he continued his research as a post-Doctoral Research Associate at the Laboratory for Information and Decision Systems at Massachusetts Institute of Technology in Boston, MA.

His research interests fall broadly within the fields of image processing and computer vision. In particular he is interested in curve and surface evolution theory and partial differential equation techniques as they apply to topics within these fields (such as segmentation, image smoothing and enhancement, optical flow, stereo disparity, shape from shading, object recognition, and visual tracking).

Much of Dr. Yezzi's work is particularly tailored to problems in medical imaging, including cardiac ultrasound, MRI, and CT. He joined the Georgia Tech faculty in the fall of 1999 where he has taught courses in DSP and is working to develop advanced courses in computer vision and medical image processing. Professor Yezzi consults with industry in the areas of visual inspection and medical imaging. His hobbies include classical guitar, opera, and martial arts.