A novel method for suppression of ground clutter (GC) in weather radar is presented. The novel identification scheme is entirely phase based, unlike power-based schemes that are generally used. GC contributions to the Doppler spectrum are identified from the differential phase between complex spectral coefficients of two spectra estimated for odd- and even-indexed half-sequences of the original time series. Phase values near zero are used as indicators of  clutter contributions for Doppler bins close to zero velocity. Indicated Doppler bins are notched from the original spectrum, and the moments are then obtained. The identification scheme is motivated by spectra of an electronically steered phased array of the National Weather Radar Testbed (NWRT) and requires a suf?cient number of pulses/samples for spectral analyses. However, the method can be used with a mechanically steered antenna with an appropriate adjustment compensating smearing due to antenna rotation. The method was tested on several NWRT data sets obtained in clear air and in precipitation. One example of clutter altered power in precipitation is shown here. There is no baseline for comparison, as the NWRT does not have clutter altering at the present time. Nonetheless, for a comparison of power- and phase-based identification schemes, a power-based clutter alter similar to the one  used by the National Weather Service on the network of mechanically steerable Weather Surveillance Doppler radars WSR-88Dís is implemented on NWRT and used as a preliminary baseline for comparison. 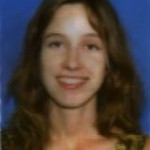