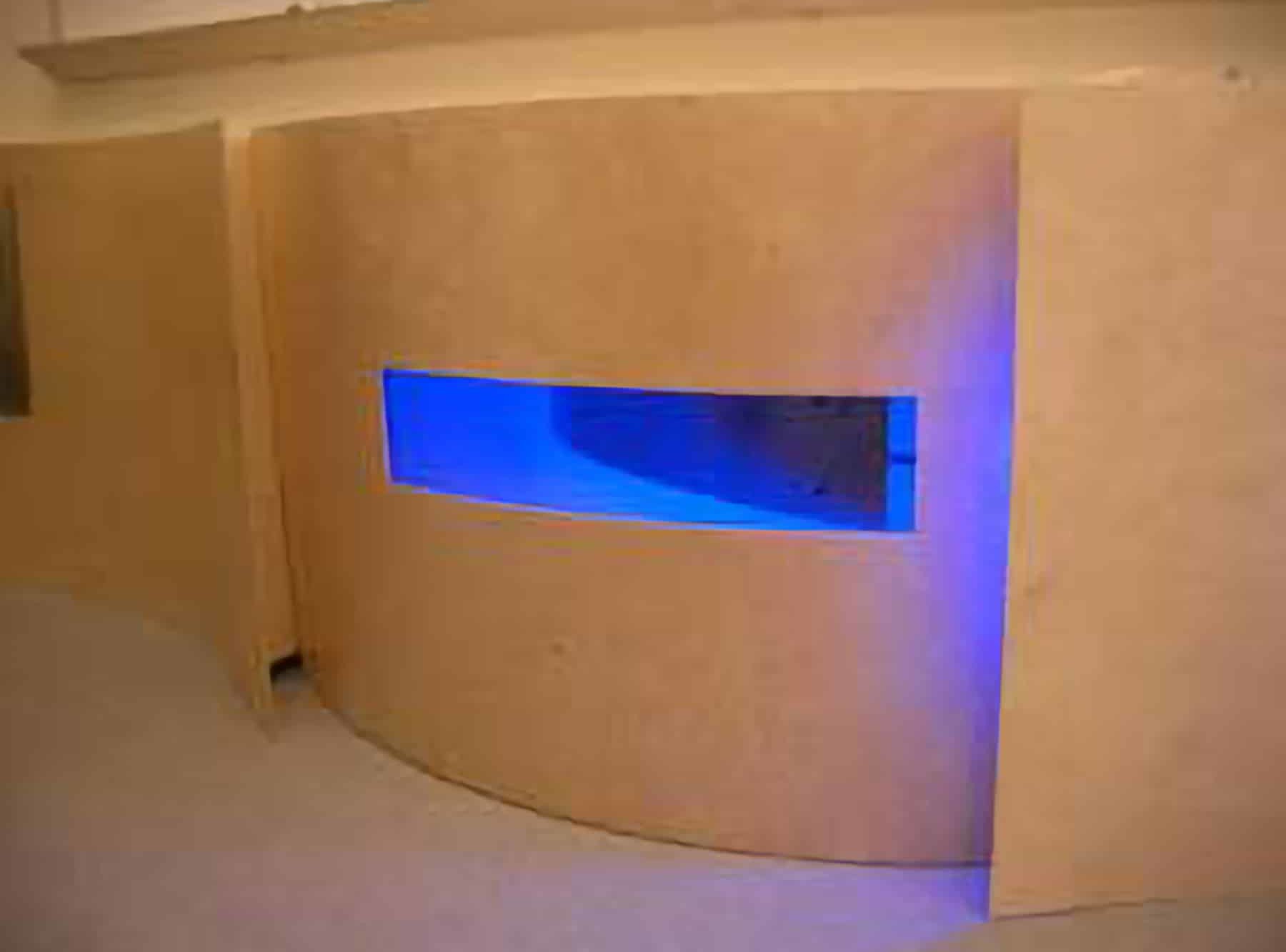 Take 11 designers and four engineers, throw in some sensors and a whole lot of creativity, and what do you get? Campus art that moves, talks and lights up – all at a visitor’s command. Students in design and electrical and computer engineering at North …

Take 11 designers and four engineers, throw in some sensors and a whole lot of creativity, and what do you get?

Campus art that moves, talks and lights up – all at a visitor’s command.

Students in design and electrical and computer engineering at North Carolina State University teamed up this fall to create three interactive art installations for one of the university’s newest buildings. The artwork will be unveiled at 4:30 p.m. Monday in the west atrium of Engineering Building II on the university’s Centennial Campus.

One installation, dubbed “Mr. Sound,” is an experimental theater that lets the audience play an active role. Sensors connected to floor panels and poles detect when visitors are touching them, triggering individual sound tracks created by the students. The result is a chorus of sounds that can be manipulated by the visitor.

Another piece is a series of umbrella-like fans lining a staircase. Sensors detect when visitors begin climbing the stairs, telling the fans to begin spinning as the visitors approach them. Students named it “Scyphozoa (skih-foh-ZOH-ay) volubilis.”

The third installation senses when visitors come in one part of the building, prompting wood panels on an adjacent wall to open and close depending on how many people have entered the space. The panels display a blue light. The artwork is called “Wax and Wane.”

The students worked all semester on the project, weathering many late nights to finish it in time.

The building that houses the artwork, Engineering Building II, opened in fall of 2005. Its 181,000 square feet of classroom, office and laboratory space represent the second phase of the plan to move the College of Engineering to Centennial Campus.

The engineering students who worked on the project are Eric Aumiller, Jason Frankie, Richard Jankovics and George Platica.

Also supporting the project were Tara Britt, director of administration and external relations for the department of electrical and computer engineering, who encouraged the project from its inception and assumed a pivotal role in securing the budget; and Bart Greene, director of the Electrical and Computer Engineering Design Center, who is the instructor of the Senior Design Project course in the department.