Dr. Aranya Chakrabortty and researchers from Johns Hopkins University have found that installing wind power plants at certain favorable locations in a power grid can make the grid more robust against extraneous disruptions. Typically, the power flowing through the transmission lines of a power grid suffers from small “oscillations,” or deviations from the norm, after a disturbance. Generally, these oscillations are mitigated by controls inside the power generators. However, if the controls are not strong enough, the oscillations may be “sustained,” reducing the efficiency of power transfer and posing a threat to the stability of the grid. If not controlled properly, these oscillations can even lead to widespread power outages – such as the 1996 blackout that hit the West Coast of the U.S.

The researchers found that, under certain circumstances, wind farms can worsen these oscillations if they are sited in the “wrong” locations. The problem is primarily due to the location of the wind farms in relation to the grid, and also due to the fact that the wind generator models are very different than that of conventional power generators.

But if wind power is “injected” into the grid at certain favorable locations, then they can help to mitigate these oscillations.

“The best way to solve this problem is to choose locations for wind farms that promise favorable impact on the oscillations,” says Dr. Chakrabortty, senior author of a paper describing the work.

“However, due to various geographical factors it may not always be possible to install the plant at that favorable location. In that case, to counteract this problem, we have designed a technique that controls the flow of power from wind farms into the grid,” he adds.

Specifically, the research team developed algorithms that match control efforts between wind farms and energy storage facilities. “By matching the behavior of the two controllers, we can produce the desired damping effect on the power flow and restore stable grid behavior,” Chakrabortty says.

This issue is particularly important because wind energy is one of the fastest growing sources of renewable energy. In the U.S., the rapid increase in wind farm installations is being accelerated by government mandates and the goal of providing 20 percent of the nation’s power needs through wind power by 2020.

The paper, “Coordinating Wind Farms and Battery Management Systems for Inter-Area Oscillation Damping: A Frequency-Domain Approach,” is published online in IEEE Transactions on Power Systems. Lead author of the paper is Souvik Chandra, a Ph.D. student at NC State. The paper was co-authored by Dr. Dennice Gayme of Johns Hopkins. The work was supported by the National Science Foundation under grants ECCS 1062811 and 1230788.

Abstract: This paper presents a set of linear control designs for shaping the inter-area oscillation spectrum of a large radial power system through coordinated control of a wind farm and a battery energy system (BES). We consider a continuum representation of the power system with the wind and battery power modeled as point-source forcings. A spectral analysis of the system demonstrates that its oscillation spectrum strongly depends on the locations of these power injections, implying that there are siting locations that produce more favorable spectral responses. However, the ability to site a wind farm or BES at a specific location may be limited by geographic, environmental, economic or other considerations. Our work provides a means to circumvent this problem by designing coordinated controllers for the power outputs of the wind farm and the BES by which one can shape the spectral response of the system to a desired response. The design is posed as a parametric optimization problem that minimizes the error between the two spectral responses over a finite range of frequencies. The approach is independent of the locations of the wind farm and the BES, and can be implemented in a decentralized fashion. 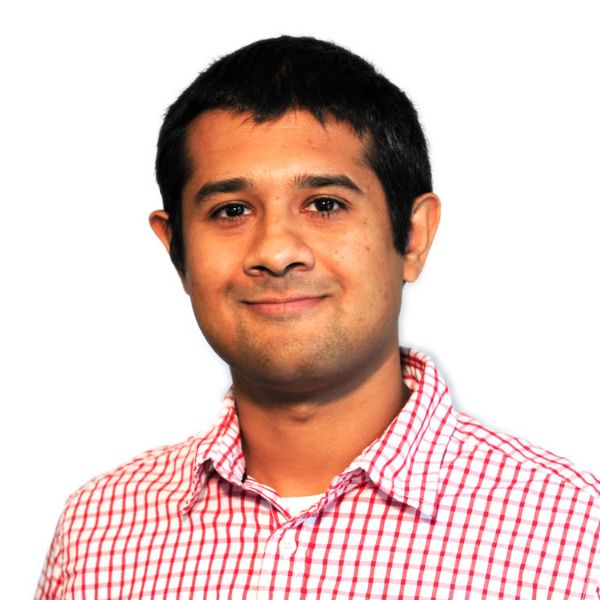