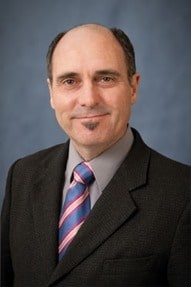 Dr. Franzon is a Distinguished Professor in the ECE Department and is an expert in constructing silicon microsystems for applications in computing, communications, sensors, robotics, and signal processing. An IEEE Fellow, he has received numerous recognitions for his research and graduate teaching, including ECE Graduate Teacher of the Year Awards in both 2005 and 2007, the College of Engineering Alcoa Research Award in 2005, and the College of Engineering Board of Governor’s Award for Excellence in Teaching in 2014. In addition, he has advised 55 completed PhD Theses.

Prior to arriving at NC State in 1989, Dr. Franzon obtained his PhD from the University of Adelaide in Australia, and was an engineer at the Australian Defence Science and Technology Organization while serving as an officer in the Australian Army Reserve.

His contributions to the ECE Department include serving on the Graduate Studies, Strategic Planning, and Awards Committees, as well as several search committees. He has also led numerous faculty retreat discussions related to graduate and online education, and has been serving as the Coordinator of ECE Online Special Projects. In 2013 he taught the first Open Online Course offered by the Department and University.

Dr. Franzon brings significant experience and energy to this position, and we look forward to his leadership.