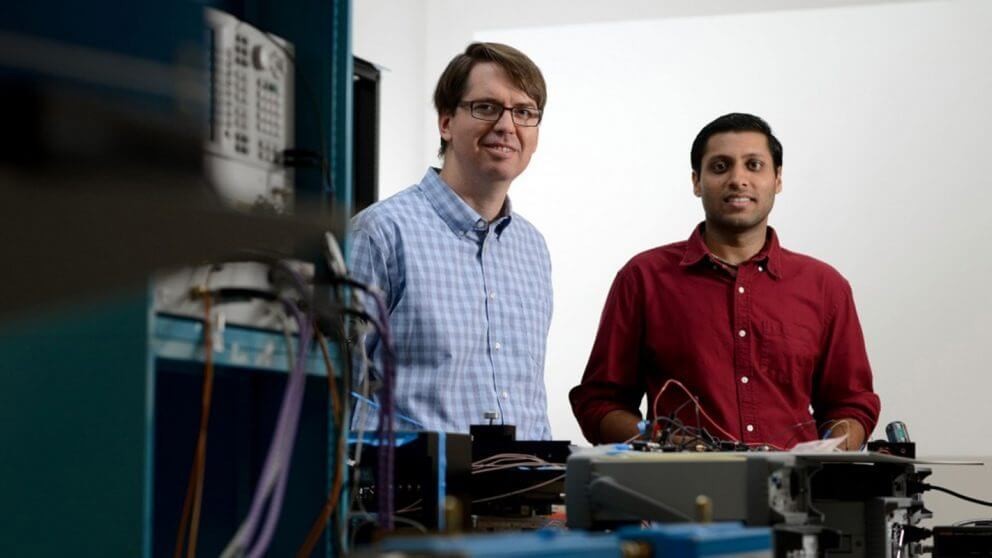 Researchers from North Carolina State University have used computer models to demonstrate the viability of a low-cost security imaging device that makes use of inexpensive radio components. Functional prototypes are under development and would be order …

Researchers from North Carolina State University have used computer models to demonstrate the viability of a low-cost security imaging device that makes use of inexpensive radio components. Functional prototypes are under development and would be orders of magnitude less expensive than existing imaging devices.

Currently, scanning devices that detect hidden weapons or contraband in airports rely on millimeter-wave cameras, which can cost more than $175,000. The cost of the technology is a significant limiting factor in determining where, and whether, to use these scanners.

“Our goal is to develop imaging technology that would be functional and affordable, making use of multi-antenna systems, or phased arrays,” says Brian Floyd, an associate professor of electrical and computer engineering at NC State and lead researcher on the effort. “That was the impetus for creating what we call ‘imaging with reconfigured arrays in silicon,’ or IRIS.”

Before developing a prototype, Floyd wanted to be sure that the idea would work. So, he and a team of Ph.D. students developed both a computer model and algorithms to simulate how – and whether – IRIS would produce useful images. And it did. What a target image actually looks like (top), and how simulations indicate IRIS would picture the target (bottom).The concept takes advantage of the fact that radio waves interact with different materials in different ways. Some materials reflect radio waves, some materials absorb the waves and other materials allow radio waves to pass right through.

“Our camera uses radio waves instead of light waves,” Floyd says. “And we can use that camera to see through clothing and identify things that should not be there, like weapons.”

Floyd’s team is borrowing a technique from radio astronomy called interferometry. In radio astronomy, the technique is used to allow arrays of radio telescopes to get a picture of the sky based on the radio waves they are receiving from space. Similarly, Floyd’s idea is to create an array of low-cost antennas and radio detectors that can detect and measure the radio waves in a targeted space, effectively acting as an interferometer.

Specifically, an IRIS array would use as many as 20 radio or radar chips, each of which is connected to multiple antennas.  Each of these chips, though, need not be custom-developed for the camera. Instead, IRIS can make use of already-developed, next-generation Wi-Fi radio chips operating at 60 GigaHertz or automotive radar chips operating at 77 GigaHertz.  By using chips already developed for other applications, the cost of the camera can go down significantly.

The information collected by the chips would be run through algorithms developed by Floyd’s team that turn the radio or radar data into an image.

“Objects, such as weapons or smuggled goods, would appear in stark contrast to the human body,” says Vikas Chauhan, a Ph.D. student in Floyd’s lab who has been investigating the technology. “Based on our simulations, an IRIS device will work as well as existing interferometers, but would be far less expensive and less bulky than existing millimeter-wave cameras.”

Brian Floyd (left) and Vikas Chauhan. Photo courtesy of Brian Floyd.The IRIS camera is being developed as part of the NC State Chancellor’s Innovation Fund, which funds innovative ideas within the university that could lead to new companies or licensing opportunities.

“We’re building prototypes now and looking for corporate partners to help us move the technology to the marketplace,” Floyd says.