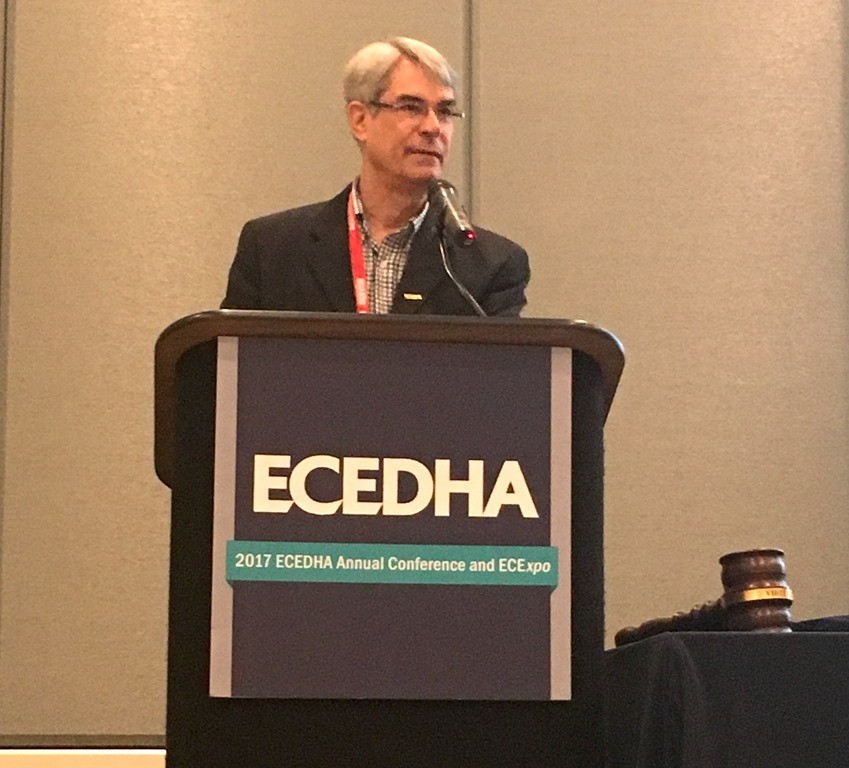 ECEDHA is a non-profit membership organization comprised of decision makers at leading ABET-accredited ECE programs across North America and Canada.  The organization has been in existence for more than 30 years, and serves a membership of nearly 300 colleges and universities.

“ECEDHA is an outstanding organization that is helping to set the strategic agenda for Electrical and Computer Engineering as a discipline. It is an honor to be able to serve as president, and I am excited about this opportunity,” said Stancil.

Stancil will serve as president for the 2017-18 year and leads a 15-person Board of Directors for the organization in its pursuit to advance the field of electrical and computer engineering, facilitate idea exchange and member interaction and improve communication with the profession, industry, government and others.

“Dr. Stancil’s leadership comes at an important time for both ECEDHA and the ECE community as a whole. Through the efforts of its committees and working groups, ECEDHA has made great strides in addressing some of the most critical issues facing ECE today.  We look forward to his guidance as we continue to impact the future of ECE,” said John R. Janowiak, Executive Director, ECEDHA.

Stancil earned his engineering degrees from Tennessee Technological University (B.S.E.E.) and Massachusetts Institute of Technology (MIT) (S.M., E.E. and Ph.D.). Prior to joining NC State as the ECE Department Head in 2009, he served as Associate Head of the ECE Department, and Associate Dean for Academic Affairs in the College of Engineering at Carnegie Mellon University.  He also served many years as a professor of Electrical and Computer Engineering at both CMU and NC State.

The demonstration of neutrino communications by a multidisciplinary team coordinated by Dr. Stancil was recognized by Physics World Magazine as one of the top 10 Physics Breakthroughs of 2012. Stancil’s work has received additional recognitions including an IR 100 Award and a Photonics Circle of Excellence Award. Dr. Stancil is a Fellow of the Institute of Electrical and Electronics Engineers, and a past-president of the IEEE Magnetics Society.