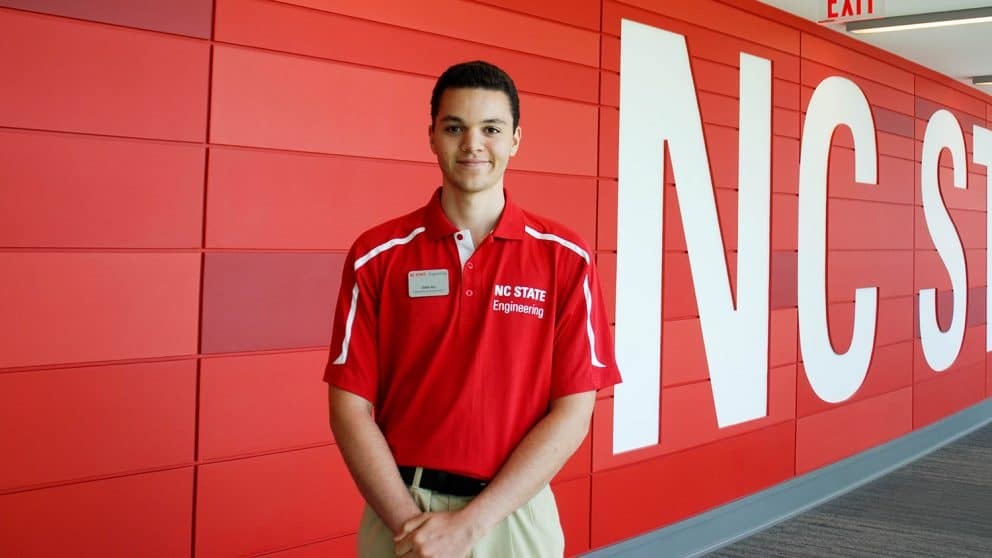 Electrical Engineering senior Ziad Ali has been awarded an Astronaut Scholarship, one of 50 awardees from across the United States.

Astronaut Scholarships are awarded to college juniors and seniors studying science, technology, engineering, or mathematics with the intent to pursue research or advance their field upon completion of their final degree. This year’s Astronaut Scholars include 50 scholarships to students from 36 universities in the U.S. Ali is joined by Madison Maloney, a senior studying aerospace engineering also at NC State.

He is president of the Quiz Bowl Club and the App Development Club on campus, is an Engineering Ambassador, and is event director for PackHacks – a hackathon held at NC State. After completing his B.S. degree, his short-term goal is to obtain a Ph.D. in electrical engineering and to complete research in a university setting or research company. Long-term, he is looking to create his own research company that merges electrical engineering with biological/biomedical research.

Ali and Maloney will attend the 2018 Innovators Gala on August 25 in Washington D.C., where they will be welcomed and honored.