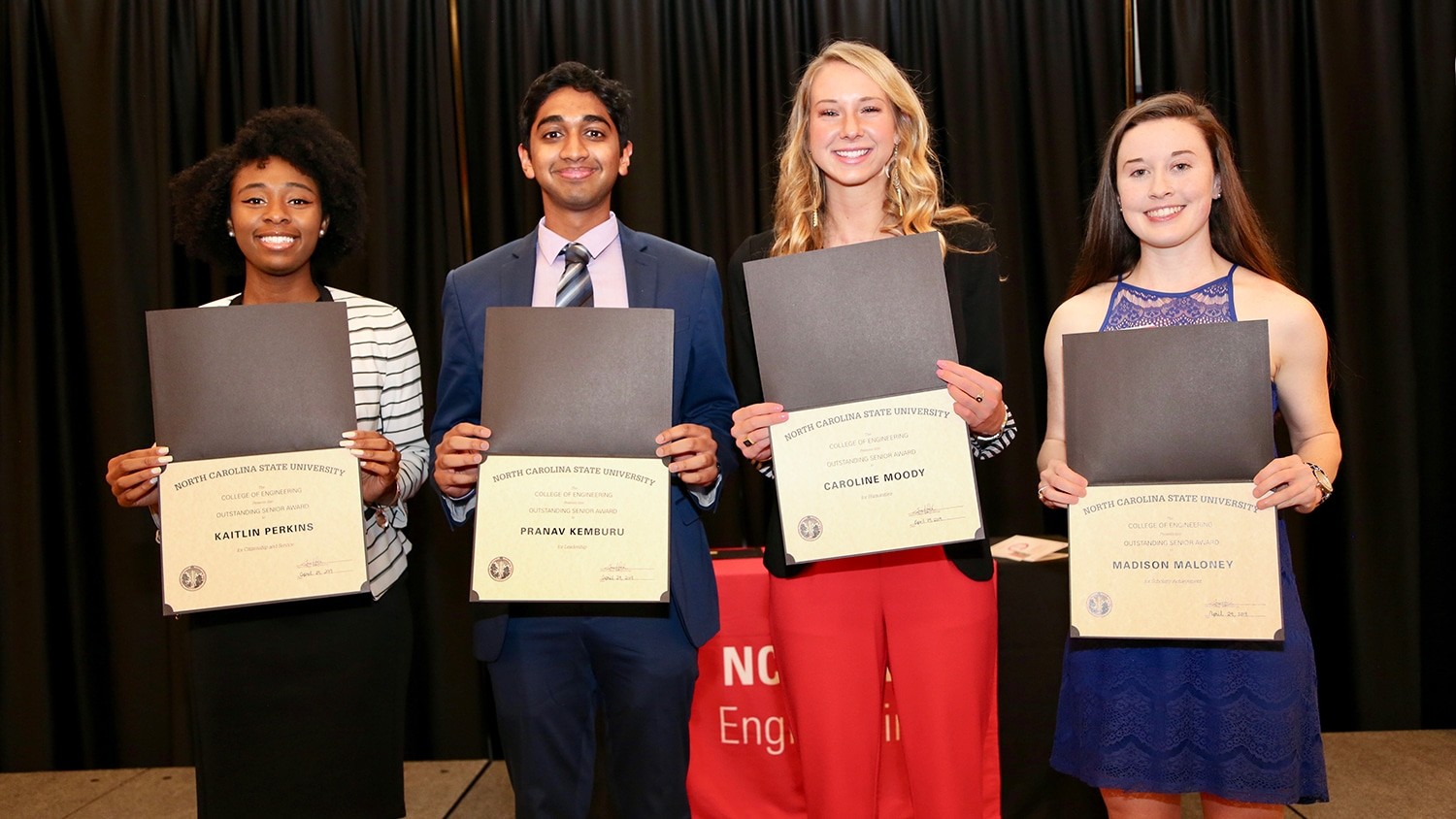 Pranav Kemburu, a senior in ECE, received the Senior Award for Leadership from the College of Engineering.

The College of Engineering at North Carolina State University presented the 2019 Outstanding Senior Awards to four exceptional students in the categories of Humanities, Citizenship and Service, Leadership and Scholarly Achievement.

Pranav Kemburu, a senior in the Department of Electrical and Computer Engineering, received the Senior Award for Leadership. Kemburu has been a leader at NC State since he stepped on campus, and with his drive, academic aptitude and entrepreneurial abilities, he has helped to make the University a better place.

The College’s academic departments nominated seniors in all four categories. The winners and nominees were recognized on April 29 in Talley Student Union at the annual awards reception.

The Engineering Senior Award for Leadership is given in recognition for contributions of outstanding leadership on behalf of fellow students, the College of Engineering and the University. Leadership contributions beyond a student’s role in his/her department are noteworthy, for example, student government, national and/or local organizations.

A Ben Franklin Scholar and Park Scholar, Kemburu is a talented student who shows leadership both on and off campus. He served as the NC State University representative for the Attorney General’s Collegiate Opioid Council, as a chancellor’s aide and as president of the Student Amateur Radio Society. He also organized the Park Social Justice Speaker Series, and he has served on the diversity academic committee in a leadership role. During his time at NC State, Kemburu was an active mentor to first-year students. Off campus, he has interned with NASA and Deloitte.

Kemburu sees leadership as something beyond titles and authority positions — to him, it is a guiding vision that inspires people to work together toward a common goal. He is also studying economics, and along his broad range of interests and expertise, he has the drive to make a significant impact on the world. His compassion, desire to understand different cultures and thoughtful demeanor have allowed him to help and guide many people across the campus community, the state of North Carolina and across the world during his travels abroad.