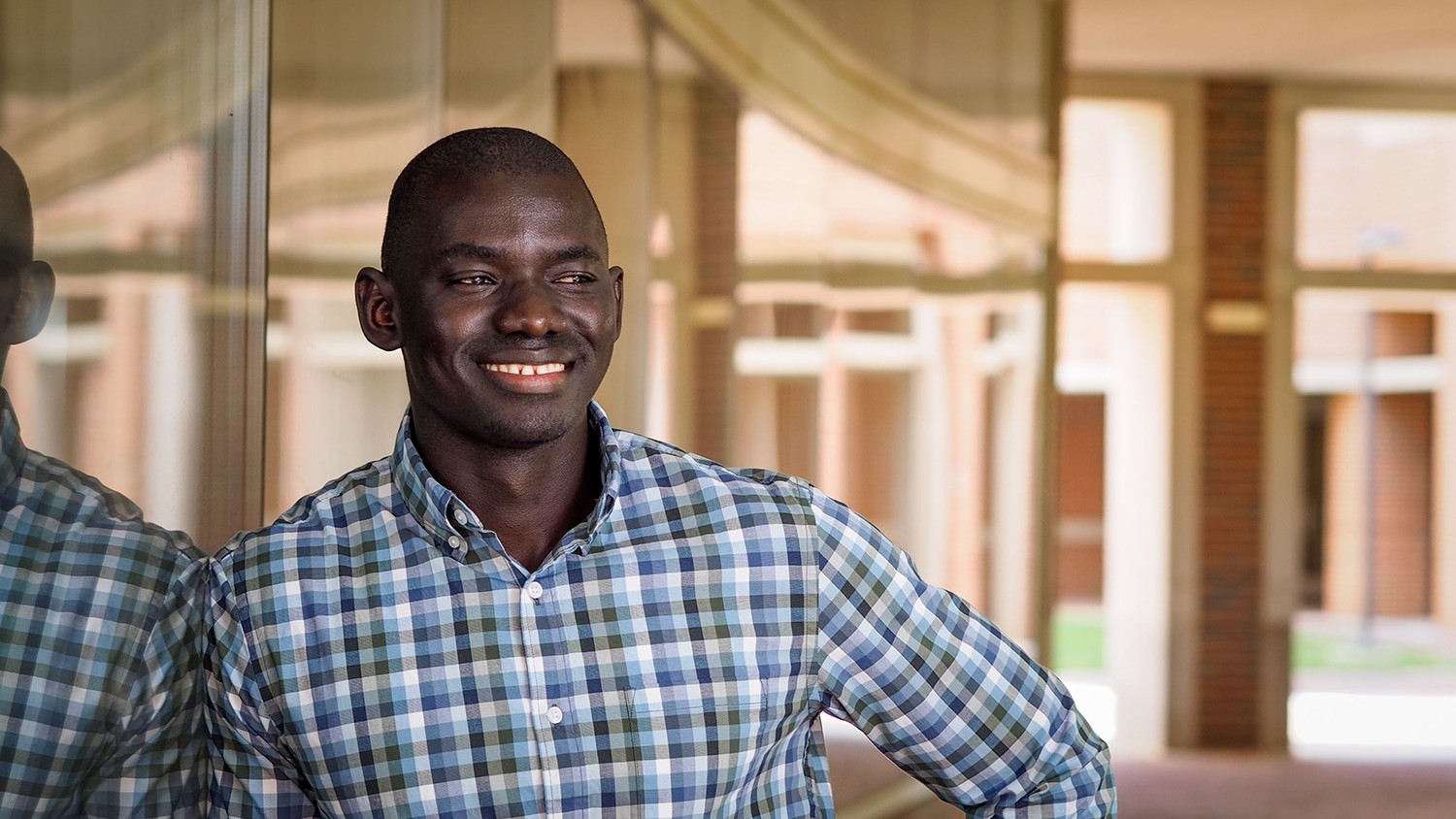 Balla Ndure, starting his first semester in electrical engineering, with a REES concentration.

Meet the first-year class for 2019

Tipping enrollment over 36,000 for the first time ever, NC State’s newest class has landed on campus.

At the start of the new academic year, the energy on campus is palpable. And for those crossing the Brickyard for the first time, it’s the start of a brand-new chapter. Classes, clubs, practice, work, rehearsal and study time — it’s all happening.

Here’s a look at our first-year class for 2019 at the university.

This year’s cohort represents 97 of 100 counties in North Carolina, 40 different states and 20 countries across the globe.

It’s also the first time female enrollment has risen above male, hitting 50.1%. And we continue to educate more North Carolinians than any other public university.

Between moving in and memorizing class schedules, we heard the story of one new ECE student. See what he’s excited to think and do, what he misses from home and why he chose to join the Pack.

Balla Ndure has a dazzling smile and a lilting accent, and five minutes after meeting him, he’ll offer to show you around his hometown in Gambia in West Africa and cook you his favorite meal, red benachin. “It’s essentially fried rice mixed with tomato paste and spices, served with meat and vegetables — cabbage, carrots and eggplant. On the side, we include a sauce made from hibiscus leaves.”

Originally from Kerr Ngoyan, a small village in the North Bank region of Gambia, Ndure moved to Raleigh, North Carolina, in 2015 with his wife, whom he met in the Peace Corps while he was working for BEECause, a nongovernmental organization in West Africa.

Growing up in West Africa, he went to grade school with no electricity. “Every building, every classroom, and not a single thing that plugged in. But you look around and everywhere there is sunshine. All day long, for free.”

His experiences have inspired him to create scalable and affordable solar energy technologies and, one day, bring them back to his country.

A member of the Goodnight Scholars Program’s third class of transfer students, Ndure had a slight learning curve at Wake Technical Community College before coming to NC State.

“In America, there’s so much testing. I had to learn how to take tests much better and more often than I was used to.”

Test jitters are a thing of the past now, as Ndure begins his first semester in one of the nation’s top electrical engineering programs. He plans to concentrate in renewable electrical energy systems and bring his education full circle when he returns home.

Ndure is the first in his family to attend college. He takes great pride in his associate degree from Wake Tech and identifies strongly with the Goodnight Scholars’ focus on service and leadership.

As for Think and Do? “I’ve unknowingly lived by this philosophy my whole life. It makes me think NC State is the perfect match.”