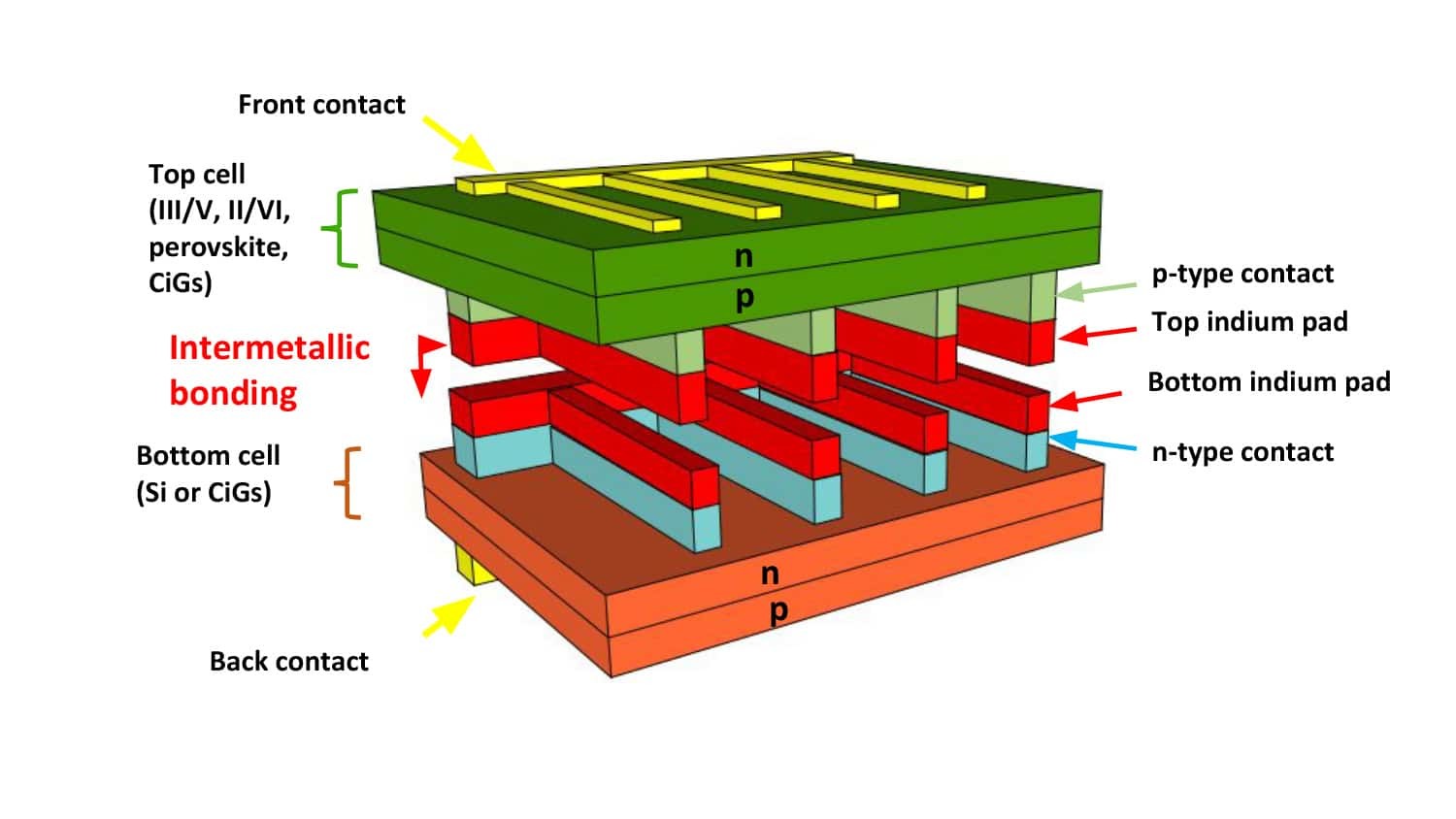 Multi-junction, or stacked, solar cells are currently the most efficient cells on the market, converting up to 45% of the solar energy they absorb into electricity. The cells are constructed by stacking semiconductors with varying bandgaps on top of one another, thereby allowing the cell to absorb differing wavelengths of solar radiation. However, these cells are much more expensive to produce than less efficient thin solar films.

“We want to create high efficiency solar cells at a reasonable cost,” says Salah Bedair, Distinguished Professor of Electrical and Computer Engineering at NC State and lead author of the research. “Silicon-based thin solar cells are very popular because the material has around 20% efficiency and the cells cost about 1/10th what a multi-junction solar cell costs. And other low cost, lower efficiency materials are gaining popularity as well. If we could create stacked solar cells using this existing technology we would be well on our way to reaching our goal.”

However, you cannot merely stack different solar cells on top of each other – the different materials are structurally incompatible, and so charges cannot pass through them to be collected. To solve that problem in current multi-junction solar cells heavily doped metals are used to create a tunnel junction between the various layers – adding significant expense and complexity to the multi-junction solar cell’s creation.

Bedair and his team developed a simpler approach, utilizing intermetallic bonding to bond solar cells made of different materials. In a proof-of-concept, the team stacked an off-the-shelf gallium arsenide solar cell on top of a silicon solar cell.

“In multi-junction solar cells the tunnel junction enables electric connectivity by acting as a metal-to-metal connection,” Bedair says. “In our system, indium serves as a shortcut to that. The existing metal contacts of the individual cells are covered with indium films. The indium films bond to themselves easily at room temperature under low pressure. The result is a solar cell made of two different materials that is mechanically stacked and electrically connected.

“With this technique we are able to take advantage of inexpensive, off-the-shelf solutions without having to develop all new technology. Manufacturers could simply tweak their existing products slightly to increase their efficiency in multi-junction solar cells, rather than having to create new products.”

The paper, “A New Approach for Multi-Junction Solar Cells from Off-the-Shelf Individual Cells: GaAs/Si” was presented at the IEEE Photostatic Specialist Meeting held June 19 in Chicago, IL. NC State graduate student Brandon Hagar and research assistant professor Peter Colter are co-authors of the paper. The work was supported by the National Science Foundation under grant 1665211.

A patent application has been submitted for the work. The authors are interested in collaborating with potential academic and industry partners.