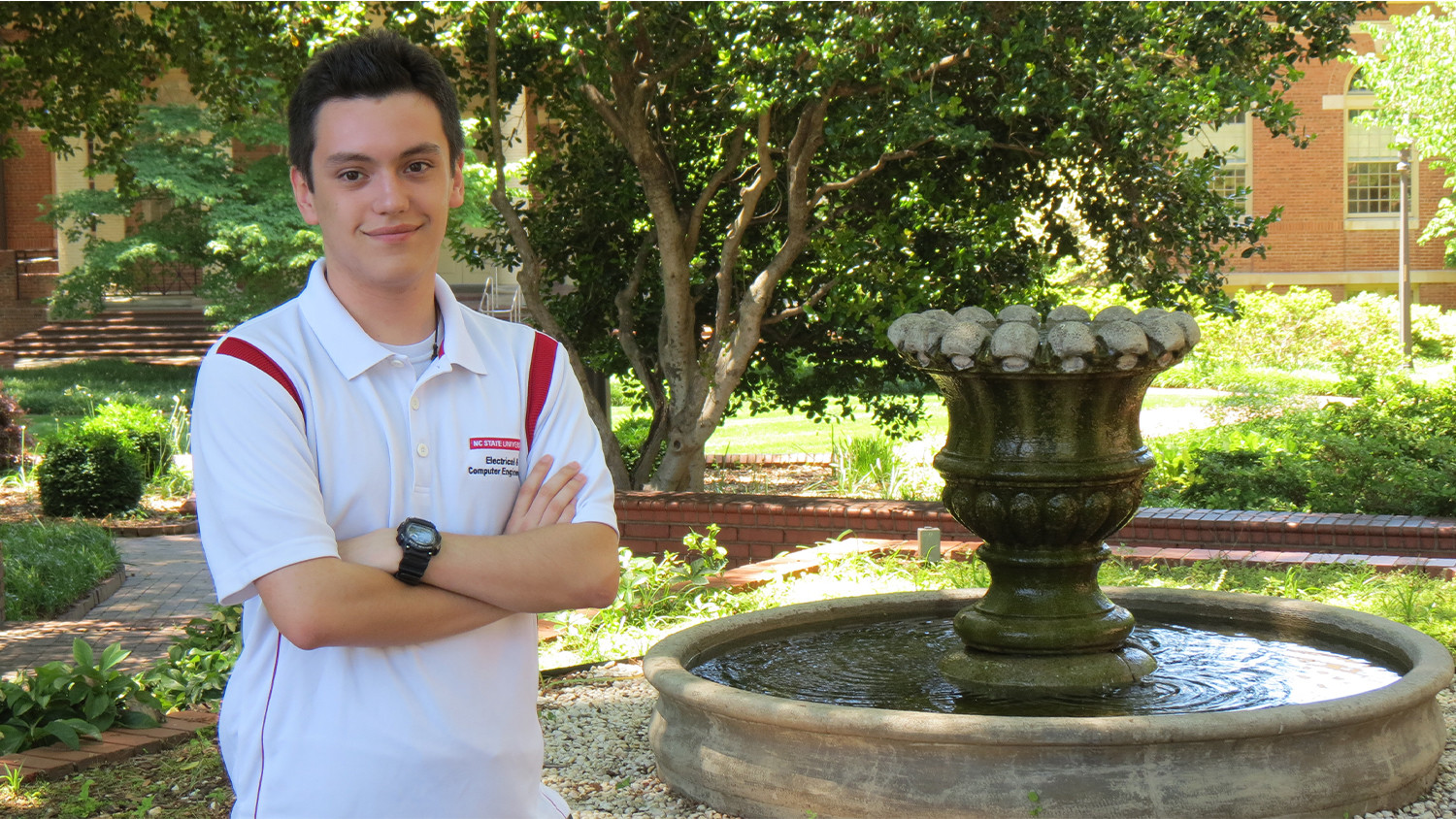 By Academic and Student Affairs

The COVID-19 pandemic has been hard on NC State students in a variety of ways, but especially for those who were already struggling with housing and financial insecurity. That was the case for Ryan Unger BS EE & CPE, 2020 and former ECE Ambassador, who lost his job as a resident advisor (RA) — and his home in University Housing — all at once when students moved out of residence halls and NC State shifted to remote operations in March 2020.

Unger found himself sleeping on friends’ couches in off-campus apartments and finishing his final months of undergraduate classes online. With no meal plan and no income, money was tight, and because of his heavy course load and the lack of openings due to the pandemic, he was unable to find another job. Ultimately, he submitted a Pack Essentials application, and he was awarded a grant from the Student Emergency Fund. Immediately, he felt a huge weight had been lifted off of his shoulders.

“When I was told that I would be getting help, I didn’t believe it,” Unger said. “It had been months since I had had any semblance of financial or housing security, so I sat in shock for a few minutes on a friend’s couch just trying to let go of all the anxiety that had been building up since I’d lost my room at North Hall. With the financial shock eased, I had more energy to finish my classes and graduate in May — a task that had been pushed to the back of my mind in the chaos of the pandemic.”

After earning his degrees in electrical engineering and computer engineering, Unger moved to Waterloo, Iowa, where he has since been working as a software development engineer for John Deere. He has also recovered financially and recently decided to give $2,500 to the Student Emergency Fund.

“It has always been my intention to give back to the program that kept me afloat during one of the most precarious times in my life,” Unger said. “When I saw articles in the Technician detailing many of the issues facing the students on campus right now, I decided to return the favor.”

Unger still holds a deep connection to NC State and has many fond memories of his experiences on campus. He lived in the Engineering Village as a first-year, and as a sophomore he became involved in the Electrical and Computer Engineering Ambassadors program, where he gave tours of the engineering campus and volunteered at open houses, graduation ceremonies and outreach events. He was also a member of the Counseling Center’s Pride Group, which supports LGBTQ+ students in personal and educational growth. With the Pride Group, he discovered a passion for working with — and helping — other students in an open safe space. That experience ultimately encouraged him to become a RA.

“Being a RA really opened my eyes to some of the struggles that students go through on a daily basis,” Unger said. “I had previously known that we had a diverse student body all with individual backgrounds and beliefs, but I didn’t understand fully until I took on a role that allowed me to work with them every day. Meeting with my residents personally every few months gave me insights into their personal struggles and successes, while hosting events in the common areas gave me personal responsibility to speak up when others may not have had the means to do so. Being a RA was definitely my favorite of the many roles I filled during my time at NC State since it really gave me some perspective into how little we know about the obstacles so many of those around us face, even if they aren’t immediately obvious.” 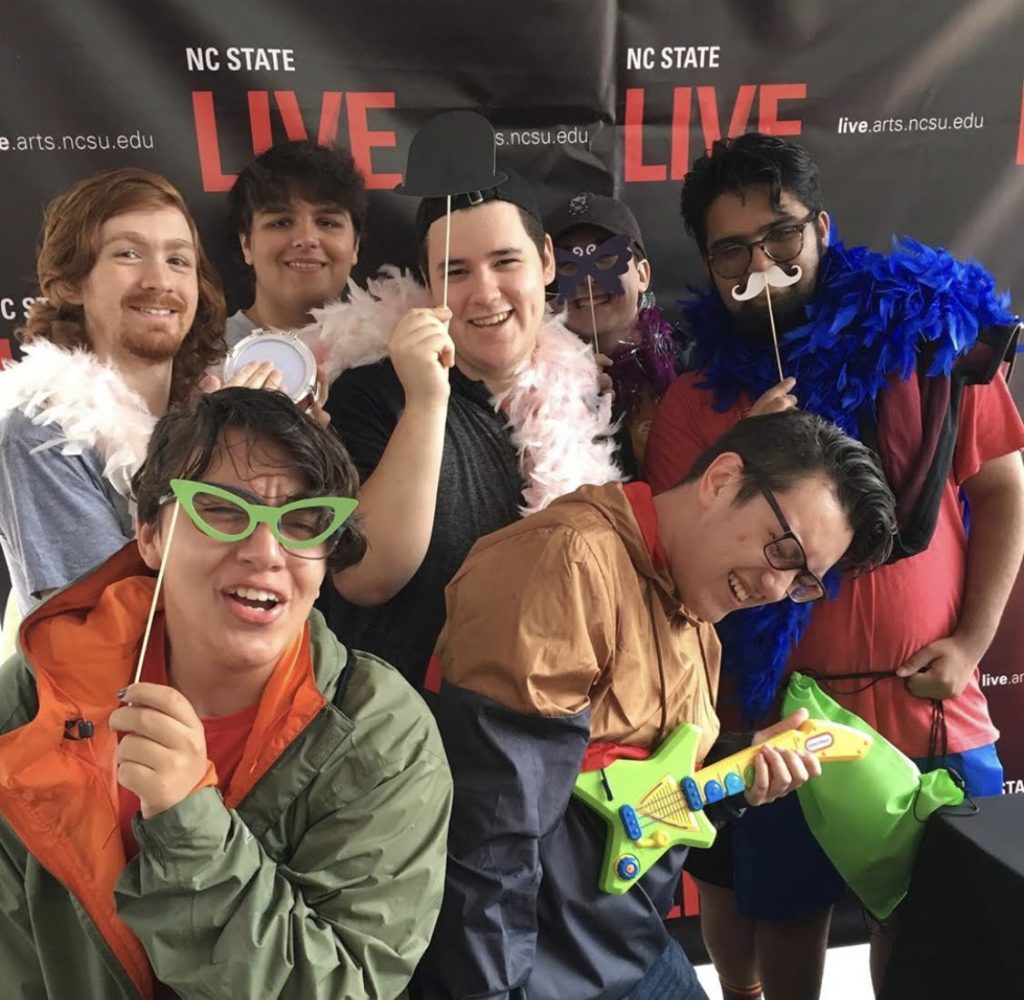 Ryan Unger and Friends at an NC State LIVE event

Unger admits that one of the biggest hurdles he personally had to overcome was admitting and accepting that he was in need.

“I always thought to myself that the Emergency Fund was for extreme cases, and I should leave the resources for those who needed them,” he said. “Looking back, I think I was in denial of my own situation, refusing to admit that I was in a situation that I would likely not be able to pull myself out of. It isn’t our job as students to decide whether or not we deserve help, and often being so close to the situation we wouldn’t be able to give an accurate assessment anyway.”

Unger hopes that his story inspires other students who are struggling to ask for help and that his gift inspires other recent alumni to give to the programs that supported them.

“I spent nearly a year directing residents toward the Student Emergency Fund, and I even found myself seeking aid later that same year,” Unger said. “The Student Emergency Fund is a resource that directly benefits the students most at-risk of homelessness and financial insecurity. As recent graduates, many of us have witnessed first-hand how difficult it can be to find educational and professional success when basic needs have not been met. Giving to the Student Emergency Fund makes sure that your resources and aid can reach those who need it most, many of whom you never would have realized were struggling in the first place.”