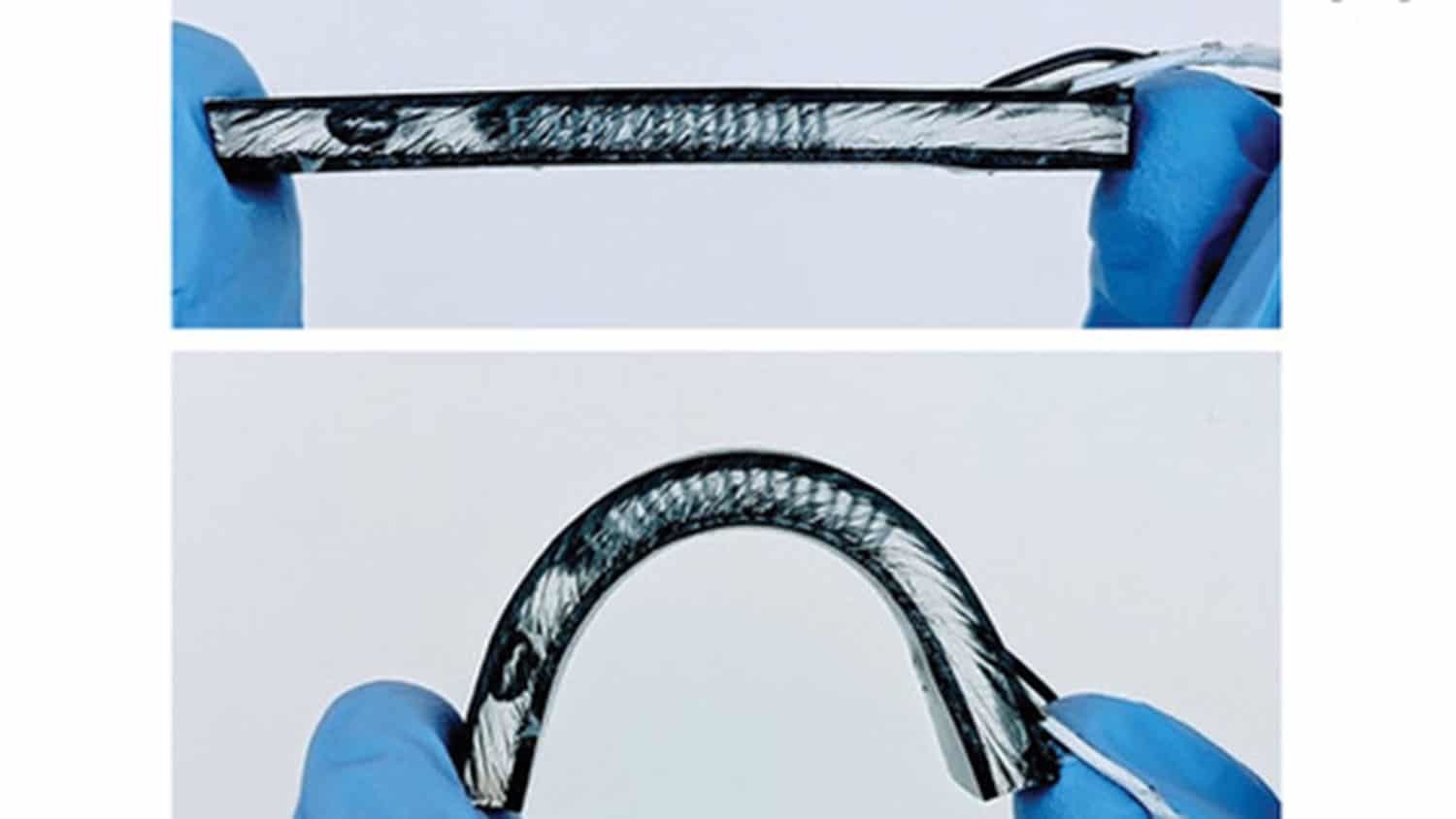 North Carolina State University engineers continue to improve the efficiency of a flexible device worn on the wrist that harvests heat energy from the human body to monitor health.

In a paper published in npj Flexible Electronics, the NC State researchers report significant enhancements in preventing heat leakage in the flexible body heat harvester they first reported in 2017 and updated in 2020. The harvesters use heat energy from the human body to power wearable technologies – think of smartwatches that measure your heart rate, blood oxygen, glucose, and other health parameters – that never need to have their batteries recharged. The technology relies on the same principles governing rigid thermoelectric harvesters that convert heat to electrical energy.

Flexible harvesters that conform to the human body are highly desired for use with wearable technologies. Mehmet Ozturk, an NC State professor of electrical and computer engineering and the corresponding author of the paper, mentioned superior skin contact with flexible devices, as well as the ergonomic and comfort considerations to the device wearer, as the core reasons behind building flexible thermoelectric generators, or TEGs.

The performance and efficiency of flexible harvesters, however, historically trail well behind rigid devices, which have been superior in their ability to convert body heat into usable energy.

The NC State proof-of-concept TEG originally reported in 2017 employed semiconductor elements that were connected electrically in series using liquid-metal interconnects made of EGaIn – a non-toxic alloy of gallium and indium. EGaIn provided both metal-like electrical conductivity and stretchability. The entire device was embedded in a stretchable silicone elastomer.

The upgraded device reported in 2020 employed the same architecture but significantly improved the thermal engineering of the previous version, while increasing the density of the semiconductor elements responsible for converting heat into electricity. One of the improvements was a high thermal conductivity silicone elastomer – essentially a type of rubber – that encapsulated the EGaIn interconnects.

The newest iteration adds aerogel flakes to the silicone elastomer to reduce the elastomer’s thermal conductivity. Experimental results showed that this innovation reduced the heat leakage through the elastomer by half.

“The addition of aerogel stops the heat from leaking between the device’s thermoelectric ‘legs,’” Ozturk said. “The higher the heat leakage, the lower the temperature that develops across the device, which translates to lower output power.

“The flexible device reported in this paper is performing an order of magnitude better than the device we reported in 2017 and continues to approach the performance of rigid devices,” Ozturk added.

Ozturk said that one of the strengths of the NC State-patented technology is that it employs the very same semiconductor elements used in rigid devices perfected after decades of research. The approach also provides a low-cost opportunity to existing rigid thermoelectric module manufacturers to enter the flexible thermoelectric market.

He added that his lab will continue to focus on improving the efficiency of these flexible devices.