Dr. Jayant Baliga has received the Medal of Honor from the Institute of Electrical and Electronics Engineers (IEEE).

Dr. Jayant Baliga, a Distinguished University Professor of Electrical and Computer Engineering at North Carolina State University and founding director of the university’s Power Semiconductor Research Center, has received the Medal of Honor from the Institute of Electrical and Electronics Engineers (IEEE). Previous winners of the award include radio pioneer Guglielmo Marconi and microchip co-inventor Robert Noyce. 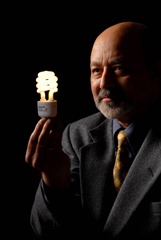 IEEE is the world’s largest professional association for the advancement of technology, and the Medal of Honor is the institute’s highest award.

Baliga is most famous for inventing, developing and commercializing the insulated gate bipolar transistor (IGBT), an energy-saving semiconductor switch that controls the flow of power from an electrical energy source to any application that needs energy.

The IGBT improves energy efficiency by more than 40 percent in products ranging from cars and refrigerators to light bulbs, and it is a critical component of modern compact cardiac defibrillators. The improved efficiency of IGBT-enabled applications has saved consumers money – more than $2.7 trillion in the United States and $15.8 trillion worldwide – while also reducing carbon dioxide emissions by 35 trillion pounds in the U.S. and 78 trillion pounds worldwide. In addition, IGBT-based compact portable defibrillators are estimated to have saved nearly 100,000 lives in the United States.

In 2011, President Barack Obama awarded Baliga the National Medal of Technology and Innovation, which is the nation’s highest honor for technological achievement.

IEEE has more than 425,000 members in more than 160 countries and includes professionals involved in all aspects of the electrical, electronic and computing fields and related areas of science and technology.

The IEEE Medal of Honor was established in 1917. According to IEEE, the Medal of Honor “is presented when a candidate is identified as having made a particular contribution that forms a clearly exceptional addition to the science and technology of concern to IEEE.”