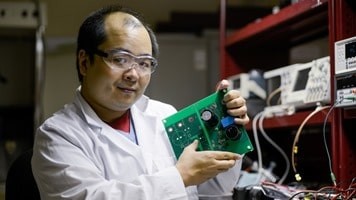 “We have a lot of exciting things going on, and not just at NC State,” said Director Iqbal Husain, ABB Distinguished Professor of Electrical and Computer Engineering. “Exciting things are happening at our partner institutions as well.”

The takeaway from the FREEDM Systems Center’s annual industry conference might have more to do with astrophysics than power electronics. If you want to drill down into all the progress that the National Science Foundation Engineering Research Center has made in the past year, you’d better find a way to bend space and time. Even with updates broken down into 15-minute segments, it was a challenge to cover a year’s worth of innovation in just two days.

For the 200 industry leaders gathered at NC State’s McKimmon Center Jan. 27-28, the conference also offered a chance to provide feedback on the year’s accomplishments in areas ranging from power management hardware to workforce development.

“We have a lot of exciting things going on, and not just at NC State,” said Director Iqbal Husain, ABB Distinguished Professor of Electrical and Computer Engineering. “Exciting things are happening at our partner institutions as well.”

That, it turns out, was an understatement.

At Florida State University’s Center for Advanced Power Systems, for example, researchers recently unveiled a new 24,000-volt direct current power test system, the most powerful machine of its kind at any university in the world.

Husain also heralded the launch of a new startup, Lumeova LLC, which has licensed two FREEDM technologies related to wireless power transfer, as well as the opening of a new laboratory called Packaging Research in Electronic Energy Systems.

And he lauded the accomplishments of several researchers, including Mariesa Crow at the Missouri University of Science and Technology, who received the President’s Award for Leadership, and Subhashish Bhattacharya at NC State, who received the Chancellor’s University Faculty Scholars Award.

As in previous years, innovation took center stage at the conference. One by one, FREEDM researchers delivered tantalizing glimpses of their technical accomplishments during the center’s seventh year, from improvements in a third-generation solid-state transformer to development of a hybrid solid-state circuit breaker with a mechanical switch for faster and more effective fault isolation.

Together, the technical innovations announced at the conference move the center closer to its goal of developing an intelligent energy management system that will revolutionize the nation’s power grid.

“When we think about the companies involved in the intelligence of the smart grid, we’re fortunate because they are all here,” he said. “Without the FREEDM Systems Center, I would venture to say we would not have the Cleantech Cluster and we would not be able to talk about some of the things that have happened in the Triangle over the past three or four years.”

In fact, the cleantech sector’s growth has been well documented. Studies by Duke University, the Brookings Institute, RTI International and the Pew Charitable Trusts show that cleantech – an industry sector that includes clean energy, transportation and water – has generated $2.6 billion in private investment over the past five years. That investment is projected to jump by an additional $8.1 billion over the coming decade.

The 13-county Triangle region is home to 169 cleantech firms, 16 of which are Fortune 500 companies. Many are FREEDM partners.

“Looking forward, the FREEDM Systems Center will play a key role in the ongoing development of this region,” White said. “The future could not look any brighter.” 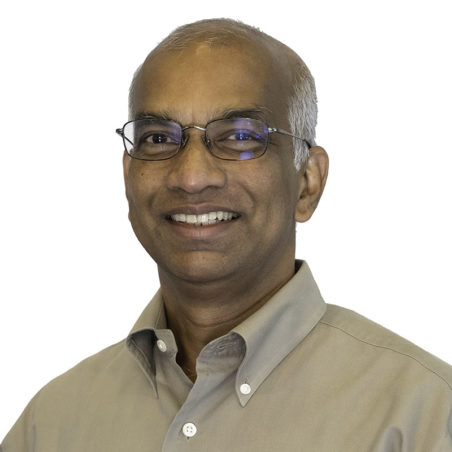