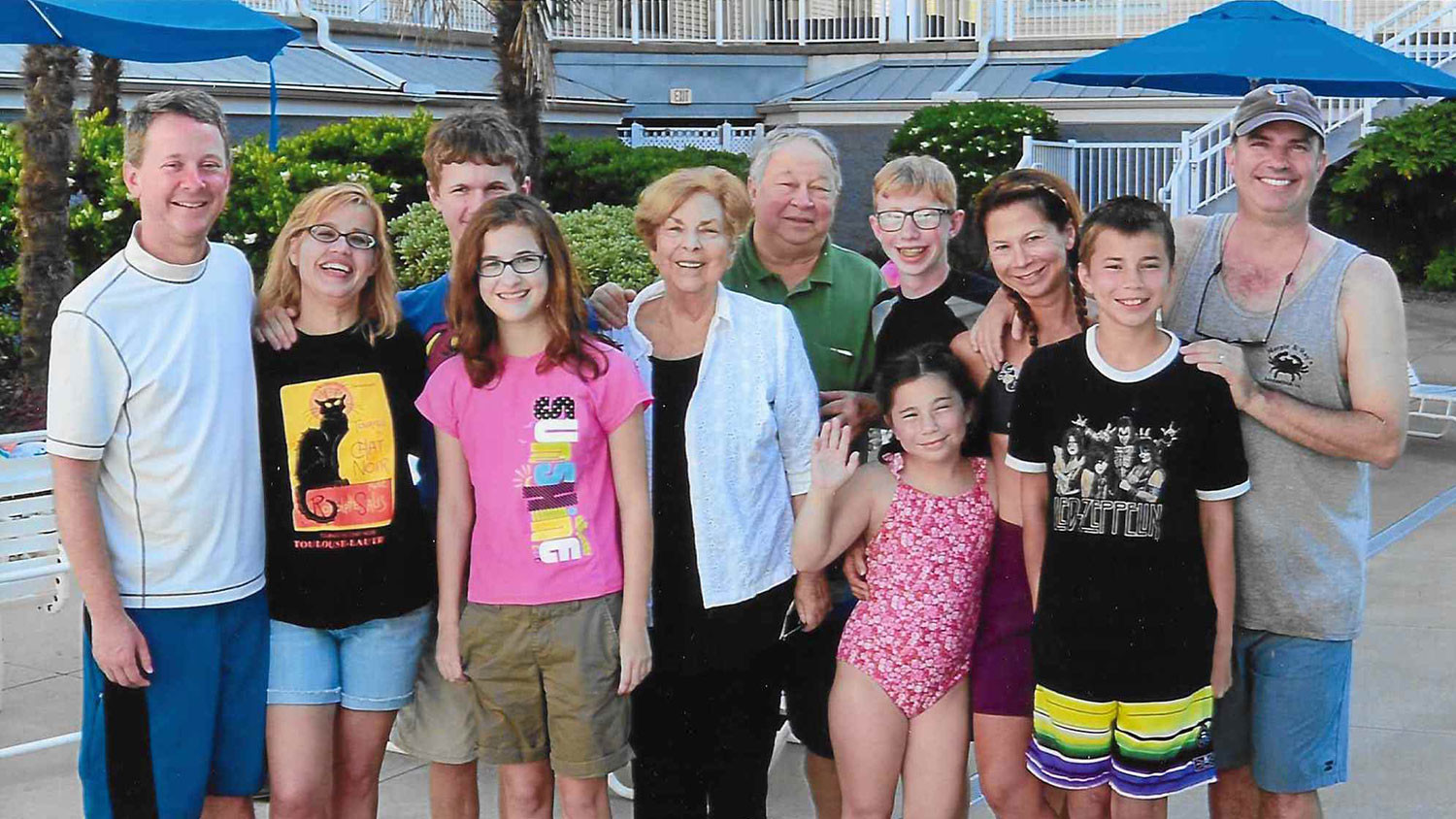 Alumnus Frank Madren’s love of electrical engineering and computer science was surpassed only by his love for his wife of 55 years, Jo Ann Madren.

Three years after Frank Madren passed away in 2015, Jo Ann Madren honored his memory by endowing a merit-based scholarship at NC State in his name. The Frank Simpson Madren Scholarship Endowment is for undergraduate students in the College of Engineering with preference given to those with demonstrated financial need.

Both of the Madrens grew up on farms in Alamance County, NC, and attended Altamahaw-Ossipee High School, where they began dating. Their relationship flourished on a school bus, a bus he rode his bike through the woods to take because he liked to sleep longer.

Jo Ann Madren said, “My bus was full by the time he got on, so he would stand at the front. I was at the front because I was one of the first people on. He would stand over me and started talking to me.”

They continued dating while he attended NC State and she attended Elon College, now Elon University. They were married in his last year of school.

Frank Madren was president of the Engineers’ Council as a senior and graduated in 1961 with a B.S. in electrical engineering. He worked for two years at Procter & Gamble as an electrical engineer and then attended Harvard Business School, receiving his M.B.A. in 1965.

His love of computer science and technology took him back to work in North Carolina, where his daughter, Carol, and son, Eric, were born, and then on to Massachusetts.

The family moved to Los Gatos, Calif., in 1981. He had a successful business career there, working for several start-ups and eventually owning and building up his own, GarrettCom, a company that designs, manufactures and sells industrial networking products.

In 2010, Frank Madren sold GarrettCom to Belden Solutions. Afterwards, he traveled, spent time with family and was on several boards in Silicon Valley.

Jo Ann Madren explained why she chose to honor his memory with the scholarship endowment: “He really believed in education. I think there are a lot of young people who could use the help.”

She said that he valued what scholarships could mean to an individual’s life when they are trying to get ahead. The Aubrey Lee Brooks Scholarship paid for his education at NC State, and he received the J. Spencer Love Fellowship at Harvard.

Three of five grandchildren are now in college. Cooper Bedin is in his second year at the University of California, Berkeley, studying linguistics and computer science, and Ben Madren is a senior at the University of Mary Washington studying math. Libby Madren is in her first year at NC State in computer science, loving the discipline as her grandfather did and carrying on his legacy at NC State.

Frank Madren would be proud.

“He was a good guy,” Jo Ann Madren said. “It has been a wonderful life.”