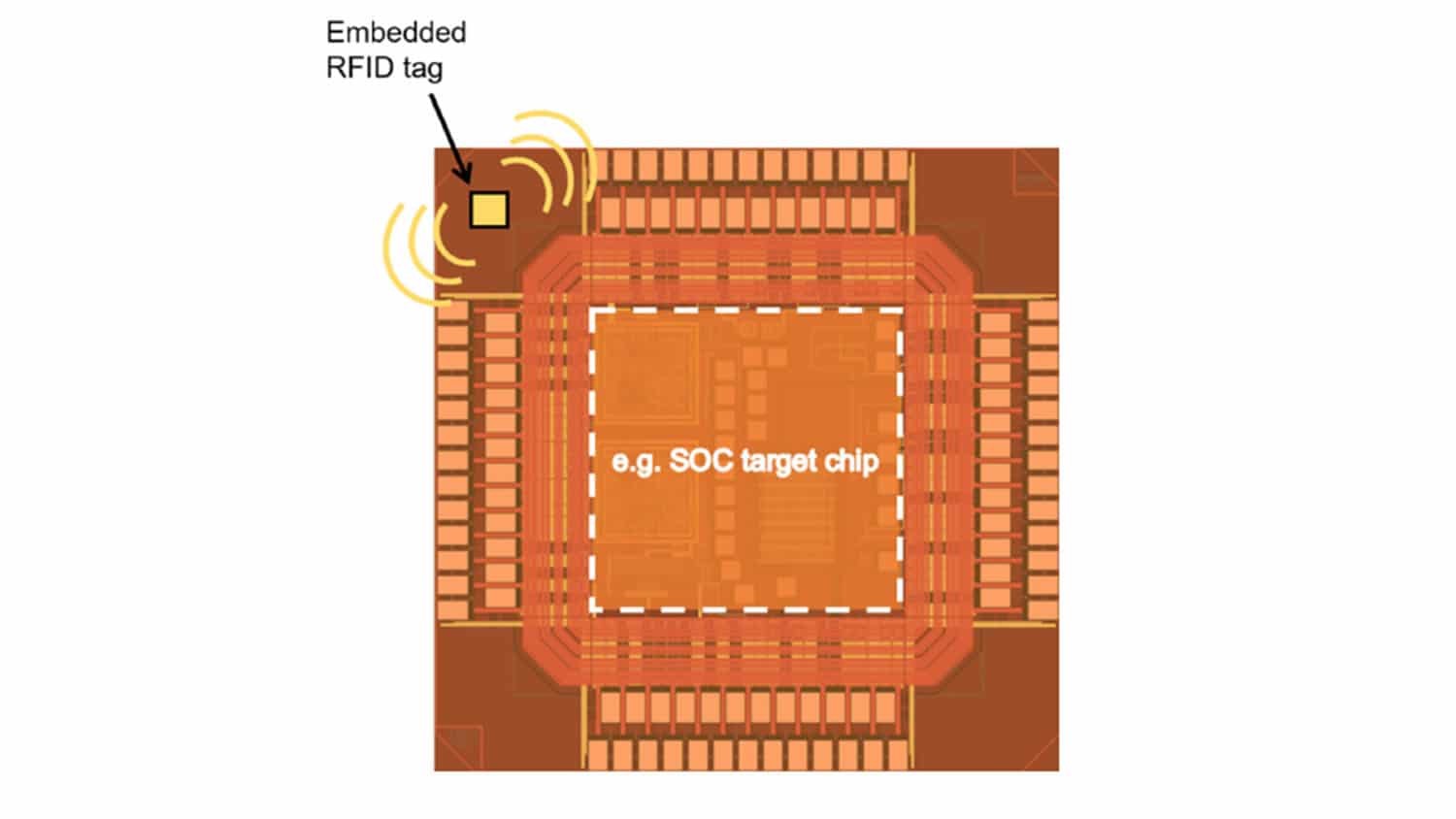 Researchers have made what is believed to be the smallest state-of-the-art RFID chip.

Researchers at North Carolina State University have made what is believed to be the smallest state-of-the-art RFID chip, which should drive down the cost of RFID tags. In addition, the chip’s design makes it possible to embed RFID tags into high-value chips, such as computer chips, boosting supply chain security for high-end technologies.

“As far as we can tell, it’s the world’s smallest Gen2-compatible RFID chip,” says Paul Franzon, corresponding author of a paper on the work and Cirrus Logic Distinguished Professor of Electrical and Computer Engineering at NC State.

Gen2 RFID chips are state of the art and are already in widespread use. One of the things that sets these new RFID chips apart is their size. They measure 125 micrometers (μm) by 245μm. Manufacturers were able to make smaller RFID chips using earlier technologies, but Franzon and his collaborators have not been able to identify smaller RFID chips that are compatible with the current Gen2 technology.

“The size of an RFID tag is largely determined by the size of its antenna – not the RFID chip,” Franzon says. “But the chip is the expensive part.”

“In practical terms, this means that we can manufacture RFID tags for less than one cent each if we’re manufacturing them in volume,” Franzon says.

That makes it more feasible for manufacturers, distributors or retailers to use RFID tags to track lower-cost items. For example, the tags could be used to track all of the products in a grocery store without requiring employees to scan items individually.

“Another advantage is that the design of the circuits we used here is compatible with a wide range of semiconductor technologies, such as those used in conventional computer chips,” says Kirti Bhanushali, who worked on the project as a Ph.D. student at NC State and is first author of the paper. “This makes it possible to incorporate RFID tags into computer chips, allowing users to track individual chips throughout their life cycle. This could help to reduce counterfeiting, and allow you to verify that a component is what it says it is.”

“We’ve demonstrated what is possible, and we know that these chips can be made using existing manufacturing technologies,” Franzon says. “We’re now interested in working with industry partners to explore commercializing the chip in two ways: creating low-cost RFID at scale for use in sectors such as grocery stores; and embedding RFID tags into computer chips in order to secure high-value supply chains.”

The work was done with support from the National Science Foundation, under grant 1422172; and from NC State’s Chancellor’s Innovation Fund.