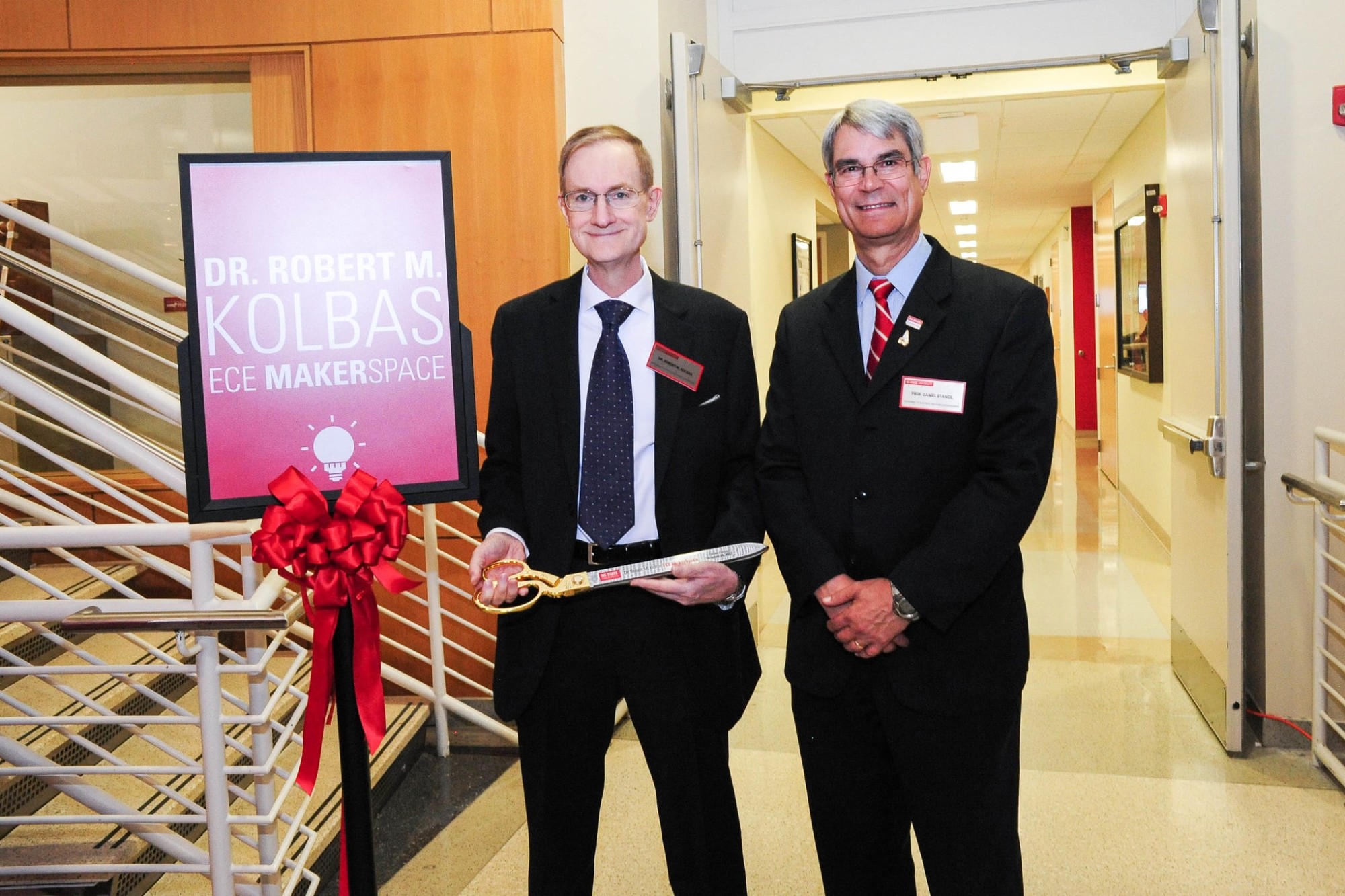 Dr. Robert Kolbas and Dr. Daniel Stancil at the ribbon cutting for the ECE MakerSpaces

Dr. Robert Kolbas, professor and former head of the Department of Electrical and Computer Engineering at NC State passed away on June 7, 2020.

He is remembered by hundreds of students who took his ECE classes. “He took extremely complicated concepts and equations, broke them down into understandable chunks,” described former student Richard Hodson (B.S. EE/CPE 2005, M.S. EE 2012). “He taught those chunks in a fun and effective manner that made learning the near impossible within reach.”

“I started my teaching career in the department by co-teaching [his] electronics lab course,” recalled Rachana Gupta, an associate teaching profession and associate director of ECE Senior Design. “I learned so much and it’s still one of the best hands-on undergraduate courses here.”

On October 26, 2017, ECE officially opened the ECE MakerSpace in Engineering Building II, consisting of two facilities – the Robert M. Kolbas MakerSpace, and the William F. Troxler MakerSpace. The two spaces serve to provide all of the resources students need to realize electronics and fabrication projects, both for Senior Design and other coursework as well as extracurricular and personal experimentation and creation. Kolbas’ contribution and enthusiasm toward creating a space for students to be able to create and invent the future was contagious, and provided opportunities for students from across Engineering to tinker, experiment, and start their own enterprises utilizing tools and spaces that had never been available to them before.

Kolbas was born on November 13, 1953 in Syracuse, New York and completed his Ph.D. in Physics from the University of Illinois in 1979 where he worked under Professor Nick Holonyak, Jr. in the early development of semiconductor quantum well heterostructure lasers. From 1979-1985 he was employed by Honeywell Inc. as a Principal Research Scientist and a Senior Research Scientist where he responsible for the development of Integrated Optoelectronic Circuits and the growth of semiconductor thin films.

Memorial offerings in Kolbas’ memory can be made to NC State Engineering Foundation ECE’s Kolbas MakerSpace.